“Systemic and Institutionalized Persecution of Jehovah's Witnesses.” The UN Working Group Has Rendered Its Second Opinion 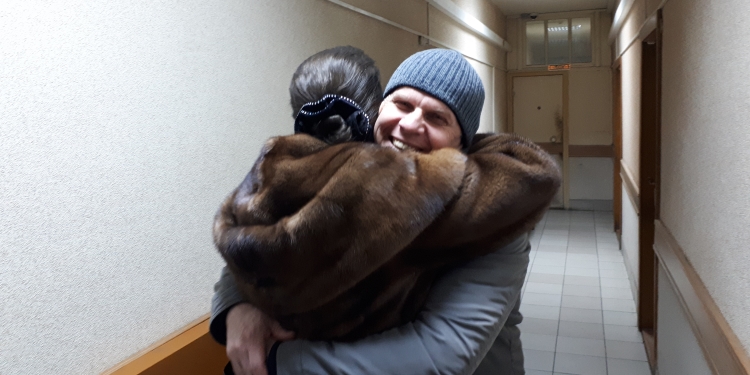 Photo: In January 2019, Vladimir Alushkin was transferred to house arrest after 184 days behind bars

On October 1, 2019, the UN Working Group on Arbitrary Detention has rendered the second opinion regarding Jehovah’s Witnesses in Russia. This time the Working Group has declared the arrest of Vladimir Alushkin from Penza to be unlawful. The Working Group has expressed it’s concerns over the "issue of systemic and institutionalized persecution of Jehovah's Witnesses''.

Case of Alushkin and Others in Penza

Region:
Penza Region
Locality:
Penza
Case number:
11802560015000075
Number of the case in court:
1-110/2020
Current stage:
verdict took effect
Suspected of:
according to the investigation he participated in religious services, which is interpreted as participating in the activity of an extremist organisation (with reference to the decision of the Russian Supreme Court on the liquidation of all 396 registered organisations of Jehovah’s Witnesses)
Investigating:
Bessonovskiy Inter-district Investigative Department of the Investigative Directorate of the Investigative Committee of the Russian Federation for the Penza Region
Case initiated:
11 July 2018
Суд первой инстанции:
Ленинский районный суд г. Пензы
Судья:
Танченко Р.В.