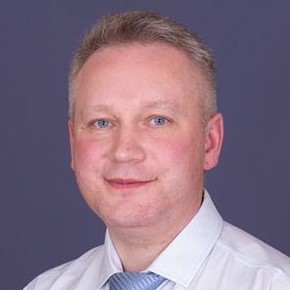 Dmitriy Mikhaylov was born 25 October 1977 in the village of Kupchanovka (Akmola Region, Kazakhstan). He lives in the city of Shuya (Ivanovo Region, Russia). He grew up in a doctor’s family — his mother was a dermatologist-venereologist. He studied at the Ivanovo State Power Engineering University, specialising in industrial electronics. He worked as a system administrator and he repaired computers; he also enjoys photography and video editing.

In 1993 at age 16 Dmitriy was baptised as one of Jehovah’s Witnesses when he discovered the Bible’s clarity, harmony and consistency and the beauty of the knowledge of God. In 2003 he got married; his wife Yelena teaches mathematics and physics. Since then they have both devoted a lot of time in helping people to improve their lives through Bible-based education.

In 2018 Dmitriy and Yelena learned that for several months their phones had been tapped and they had been under secret video surveillance. On 29 May Dmitriy was detained on absurd charges and put in a temporary holding facility and later in a detention centre. When he was arrested his mother, who does not share her son’s religious beliefs, exclaimed, “It would be better to catch criminals instead of harassing honest people!”

The Mikhaylov’s neighbours gave the court a character reference, according to which Dmitriy “has proven himself to be a caring husband and son… Dmitriy is supportive, communicative, polite and responsible; he has no harmful habits… he is always neat in appearance and ready to help… he takes care of his elderly mother (born 1939), providing her medicines and care… he is her only son”.

Shishina Svetlana
Шишина Светлана
Номер уголовного дела:
11802240009000024
В чем подозревается:
according to the investigation he participated in religious services, which is interpreted as participating in and funding of “the activity of an extremist organisation” (with reference to the decision of the Russian Supreme Court on the liquidation of all 396 registered organisations of Jehovah’s Witnesses)
Регион:
Ivanovo Region
Номер дела в суде:
1-138/2022 (1-169/2021)
Расследует:
Investigative Directorate of the Investigative Committee of the Russian Federation for the Ivanovo Region
Населенный пункт:
Shuya
Текущая стадия дела:
разбирательство в суде первой инстанции
Возбуждено:
19 April 2018