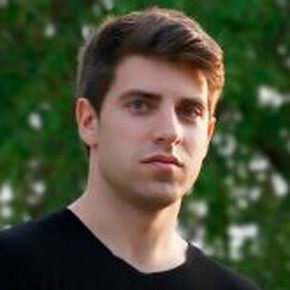 In December 2018, in the town of Neftekumsk (Stavropol Territory), three believers were arrested after mass searches in the apartments of citizens where, it was claimed, Jehovah’s Witnesses lived. Among them was Aleksandr Akopov. What does a capsule biography reveal?

Aleksandr was born in 1992 in the town of Neftekumsk. He is single and has two siblings. As a child he was active in football (soccer), basketball and tennis. He works with his father and older brother in construction and repair. Independently he specializes as a builder-finisher, and is recognized for his professionalism and integrity. He still loves to drive the ball on the soccer field with friends or arrange a holiday in the midst of a natural setting. On occasion he is known to cook a tasty meal for guests.

Aleksandr came to know the Bible in childhood thanks to his mother. Influenced by his early knowledge of the Sacred Book, at the age of 6, he threw away war toys and decided that he would not take a weapon. Later he performed alternative civilian service instead of a military one.

Relatives and acquaintances who do not share Aleksandr’s religious convictions are nevertheless puzzled because this calm, polite, kind, young man finds himself in prison because of his faith. Some pray for him.

Aleksandr’s father, also not one of Jehovah's Witnesses, said he was proud of him.