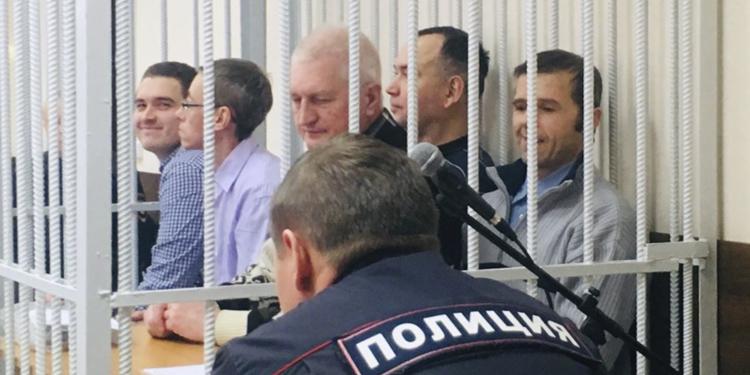 Photo: Jehovah’s Witnesses in the court’s dock in Kirov, 2018

“After Russia outlawed the Jehovah’s Witnesses,” the joint statement states, “the number of acts of intolerance, violence and discrimination based on religion or belief are increasingly perpetrated towards the members of the community. The private property is armed searched, the meetings for worship are regularly interrupted by the OMON forces and FSB agents. The state carries censorship of the religious literature. The Witnesses are often denied the right to the alternative civil service instead of mandatory military service. The individuals practising their faith are severally persecuted and regularly face different obstacles at the workplace resulting in the forced dismissal or unwilled resign. The authorities are engaged in appropriating property and land belonging to Jehovah’s Witness communities.”

The statement calls particular attention to the cases of pre-trial detention and criminal investigations of Dennis Christensen and Andrzej Oniszczuk.