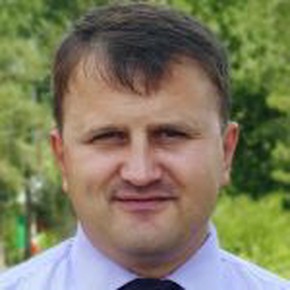 Aleksandr Suvorov was born in 1980 in the city of Chimkent (Kazakhstan); when he was a child he and his parents moved to Orenburg. He graduated from the Pedagogical College with the speciality of physical education teacher.

From a young age Aleksandr was interested in deep spiritual matters; together with his mother and sister he studied the Bible seriously. In 1999 he was baptised as one of Jehovah’s Witnesses. Aleksandr is the first one in Orenburg to exercise his constitutional right to replace military service with alternative civilian service: Aleksandr would not to take up arms because of his peace-loving beliefs, which are based on the Bible.

Aleksandr met a girl who shared his religious views. In 2002 he married Natalya and three years later they had a daughter, Anastasiya, in whom they instil high Christian morals and respect for people of different views. Nastya is learning to play the flute and loves to read. The whole family finds time to go roller skating or ice skating, depending on the season. Together they dreamed of acquiring a four-legged friend.

Aleksandr’s entire family, including his siblings, who do not profess his religion, are sharply pained by this unjust arrest. “You are the best dad in the world”, wrote his daughter in her letter sent to the detention centre.