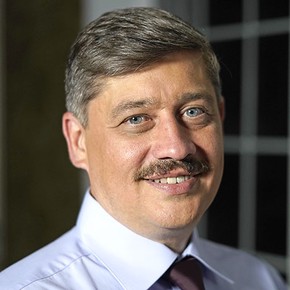 Andrey Stupnikov was born in 1973 in Norilsk; when he was five years old his parents moved to the city of Groznyy. Later he lived in Stavropol and Krasnoyarsk.

Andrey has a higher education as an oil and gas drilling engineer. He has a younger sister. From childhood he has been active in sports and the theatre.

While still young, Andrey began thinking about God. His family lived in Groznyy during the hostilities in 1994–1996. When he saw the horrific events, he began to wonder why this was happening and what to do to receive God’s protection. He realised that Bible prophecy was being fulfilled and that the counsel from this book gives the best guidance for any situation.

In 1993 Andrey married Olga, whom he met in a hospital in Groznyy where she worked as a nurse. This happy family loves art, history and theatre; they often spend time in nature.