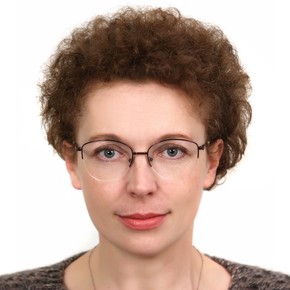 On October 7, 2018, FSB and SOBR forces arrested two nonviolent women living in the city of Sychevka (Smolensk region). One of them, Nataliya Sorokina, was charged with extremism and put on pre-trial detention. A brief biographical profile follows.

Nataliya Sorokina was born in 1975 in Dresden, Germany. Later she lived in St. Petersburg, before moving to Sychevka. She was an avid athlete in her childhood. She became a medical nurse and hairdresser, loves to sew, and studies foreign languages.

As a medical professional, Nataliya was impressed by what she knew of the marvels of human anatomy when compared with the Bible's account of the creation of man and life on Earth. This increased her thirst for spiritual investigation. For Nataliya and her friends alike, it’s difficult to grasp the reasoning behind her criminal persecution.

Troshina Mariya
Трошина Мария
Номер уголовного дела:
11807660001000033
В чем подозревается:
according to the investigation, together with others they conducted religious services, which is interpreted as “organising the activity of an extremist organisation” (with reference to the decision of the Russian Supreme Court on the liquidation of all 396 registered organisations of Jehovah’s Witnesses)
Регион:
Smolensk Region
Номер дела в суде:
1-2/2021 (1-13/2020; 1-100/2019)
Расследует:
Investigative Department of the Directorate of the FSB for the Smolensk Region
Населенный пункт:
Sychevka
Текущая стадия дела:
приговор вступил в силу
Возбуждено:
7 October 2018
Суд:
Сычевский районный суд Смоленской области