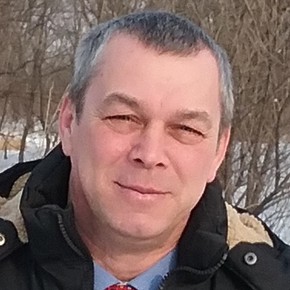 Oleg was born in 1965 in the Khabarovsk Territory. In his youth he led an immoral way of living. He was arrested and spent three years in prison. After becoming acquainted with the Bible, he put his life in order. In 1989 he married, moved with his family to Birobidzhan. Oleg has two children. He is fond of astronomy and biology.