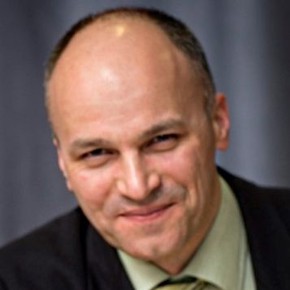 Sergey Polyakov was born in 1972 in the Murmansk Region. From childhood Sergey has had an inquisitive, versatile mind, and was fond of reading. After graduating he studied engineering, specialising in radiophysics. He is fluent in English.

In early 2000, Sergey met Anastasiya, who became his trusted life companion. They have travelled extensively; they have common interests, and both of them have to some extent mastered Serbian, Kazakh and Chinese as well as sign language.

Their life turned into a nightmare on 4 July 2018. They were still asleep, when early in the morning an assault detachment broke down the door of their flat. Masked men severely beat Sergey. Thereafter the couple was arrested and sent to a detention centre, accused of engaging in extremist activity because of professing the religion of Jehovah’s Witnesses.

The many friends of Sergey and Anastasiya were shocked by what happened. The couple has nothing to do with extremism.

Polyakova Anastasiya
Полякова Анастасия
Номер уголовного дела:
11802520007000028
В чем подозревается:
according to the investigation she participated in religious services, which is interpreted as participating in the activity of an extremist organisation (with reference to the decision of the Russian Supreme Court on the liquidation of all 396 registered organisations of Jehovah’s Witnesses)
Регион:
Omsk Region
Номер дела в суде:
1-801/2019
Расследует:
Azov Inter-district Investigative Department of the Investigative Directorate of the Investigative Committee of the Russian Federation for the Omsk Region
Населенный пункт:
Omsk
Текущая стадия дела:
приговор вступил в силу
Возбуждено:
20 June 2018