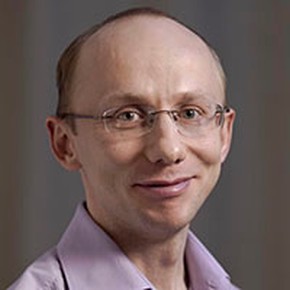 Konstantin Nikolayevich Petrov was born in 1986 in the city of Nizhnevartovsk (Tyumen Region). In his childhood he was fond of playing guitar, and he joined a theatre group with which he went on tour to other cities. After graduating he taught himself the profession of electrician and until his arrest he successfully worked as such, and he also repaired appliances.

From his youth on Konstantin has lived his life in harmony with the Bible’s commandments, which he deeply respects. Konstantin performed alternative civilian service for three and a half years in Kazan, since his peaceful Christian beliefs did not allow him to take up arms.

In 2015 he moved to Magadan. In 2017 he married Tatyana, a like-minded girl. A year after the wedding, Konstantin was unexpectedly arrested; he spent 64 days in a detention centre and is now under house arrest. Tatyana was one of the wives who sent an open letter to the Presidential Council of the Russian Federation.

Zyablov Yevgeniy
Зяблов Евгений
Номер уголовного дела:
11807440001000013
В чем подозревается:
according to the investigation, together with others he conducted religious services, which is interpreted as “organising the activity of an extremist organisation” (with reference to the decision of the Russian Supreme Court on the liquidation of all 396 registered organisations of Jehovah’s Witnesses)
Регион:
Magadan Region
Номер дела в суде:
1-220/2022
Расследует:
Investigative Department of the Directorate of the FSB of Russia for the Magadan Region
Населенный пункт:
Magadan
Текущая стадия дела:
разбирательство в суде первой инстанции
Возбуждено:
30 May 2018