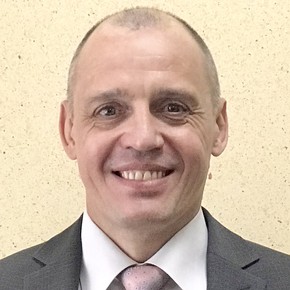 Vadim Levchuk was born and raised in the city of Kemerovo; he was brought up in a religious family. When he was young he engaged in skiing and participated in competitions, representing the mountain college where he studied.

When he was 20 years old Vadim developed faith in God and began to study the Bible seriously. After moving to the city of Beryozovsky (Kemerovo Region) he worked as a miner for 14 years and later continued working at the same company as a tile setter. In 2017 he received commendation for good work and dedication to the company.

Vadim has been married to Tatyana since 1997 and they have two sons. The older son works at the mine and the younger one is in school. He graduated with honours from the 9th class; he has a scholarship because he won the all-Russian geography competition at the municipal level. The whole family respects the Bible, leads a healthy lifestyle, enjoys sports and likes to relax in nature.

A sharp turn in Vadim’s life took place on 22 July 2018, when he was placed in pre-trial detention because of his religion. This was a shock to his family. His friends and relatives do not doubt that this tragic misunderstanding will be remedied.