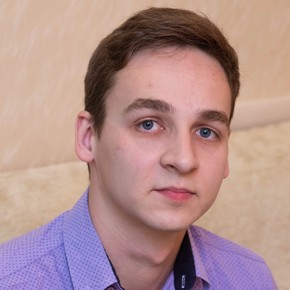 Vladislav Sergeyevich Kolbanov was born in 1992 in Orenburg. He worked in computer maintenance. When he was six years old his mother, an engineer, began to study the Bible with Jehovah’s Witnesses and to teach Christian values to her children, Vladislav and his younger sister. In 2008 Vladislav was baptised in his new-found faith.

At the age of 18 Vladislav faced a test: He asked the military registration and enlistment office to grant his lawful right to replace military service with alternative civilian service. At first he was refused, but after three and a half years of legal proceedings his request was granted. Vladislav spent his entire period of service caring for elderly people in a nursing home in Orenburg.

Paradoxically, this humble young man, who for years fought for the right not to take up arms, now is accused of extremism. The criminal prosecution seriously affected the health of some members of his family. On the other hand, Vladislav’s father, who is not one of Jehovah’s Witnesses, was so impressed by his son’s Christian steadfastness that he began to read the Bible regularly.

Zhugin Nikolay
Жугин Николай
Номер уголовного дела:
11802530021000017
В чем подозревается:
according to the investigation, together with others he conducted religious services, which is interpreted as “organising and participating in the activity of an extremist organisation” (with reference to the decision of the Russian Supreme Court on the liquidation of all 396 registered organisations of Jehovah’s Witnesses)
Регион:
Orenburg Region
Номер дела в суде:
1-2/2022 (1-139/2021; 1-62/2020; 1-501/2019)
Расследует:
Investigative Directorate of the Investigative Committee of the Russian Federation for the Orenburg Region
Населенный пункт:
Orenburg
Текущая стадия дела:
разбирательство в суде первой инстанции
Возбуждено:
14 May 2018
Черновик письма был создан в вашем почтовом приложении. Если он автоматически не открылся, перейдите в него.