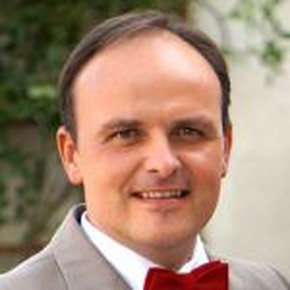 Vladimir Kochnev was born in 1979 in Orenburg. His mother brought up three children on her own, of which Vladimir is the youngest. As a child he was fond of fishing and football. His older sister introduced him to the teachings of the Bible. When Vladimir was 14 years old he made a conscious religious choice. He gained the reputation of a contemplative, kind and peaceful man.

In his youth Vladimir qualified as a television and radio technician, later he worked in construction and metalworking. He has positive character references from his place of residence and work.

In early 2000 Vladimir met Galina, a kindred spirit. In 2003 they got married. This hospitable, gregarious and helpful couple has many friends. They are all distressed by Vladimir’s unexpected and unjust arrest. In 2018 Vladimir and Galina had their 15th wedding anniversary.

Zhugin Nikolay
Жугин Николай
Номер уголовного дела:
11802530021000017
В чем подозревается:
according to the investigation, together with others he conducted religious services, which is interpreted as “organising and participating in the activity of an extremist organisation” (with reference to the decision of the Russian Supreme Court on the liquidation of all 396 registered organisations of Jehovah’s Witnesses)
Регион:
Orenburg Region
Номер дела в суде:
1-2/2022 (1-139/2021; 1-62/2020; 1-501/2019)
Расследует:
Investigative Directorate of the Investigative Committee of the Russian Federation for the Orenburg Region
Населенный пункт:
Orenburg
Текущая стадия дела:
разбирательство в суде первой инстанции
Возбуждено:
14 May 2018
Черновик письма был создан в вашем почтовом приложении. Если он автоматически не открылся, перейдите в него.