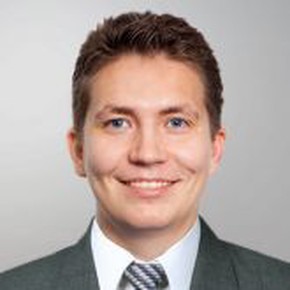 On July 20, 2018, mass searches were held in the homes of peaceful citizens of Blagoveshchensk, a city in the Amur region. On the same day, Dmitriy Golik was charged with participation in an extremist organization. Investigators held Mr. Golik as a ”preventive measure.” Subsequently, it was learned the investigators had installed a listening device in his apartment where he lived with his wife. Police listened for about half a year to all details of their personal life. A brief biographical capsule follows.

Dmitriy Golik was born in 1987 in the village of Tokhoy (Buryatia), the only son in the family. His father was the liquidator of the Chernobyl nuclear disaster; his mother was an accountant. When a child, Dmitriy was fond of guitar and martial arts. Later he received a law degree, although he worked in other areas, in particular, as a translator from Chinese.

Dmitriy's parents began to be interested in the Bible in the 1990’s. In early childhood, Dmitriy fondly paged through The Children's Bible and prayed with the words of the "Our Father" prayer. In his youth, because of his peace-loving Christian beliefs, he asked to replace military service with the alternative civilian option. His request was granted, and he served as a nurse at a nursing home.

Dmitriy loves sports and tries to keep fit, playing football (soccer) and lifting weights. In 2012, he married Christine, who is a graphic designer. This friendly family loves to travel, entertain guests and play board games. They study Chinese and English languages.