The Krasnodar FSB, Together with the Cossacks, Raided Believers in Two Villages. Bibles and Electronic Devices Seized 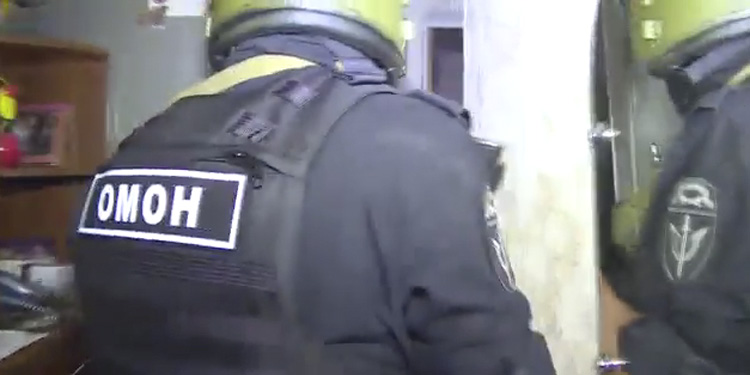 In the morning of April 29, 2020, groups of armed security forces invaded at least seven homes of residents of Pavlovskaya and Kholmskaya villages for searches and interrogations, exposing believers to the risk of infection during the pandemic. A 62-year-old believer was taken to Krasnodar for interrogation, and a written recognizance not to leave the place was taken.

Update. As it became known, on April 29, searches were held in nine homes. On that day, a search of another family was held in Kholmskaya. Security forces searched for literature of Jehovah’s Witnesses and asked the owners if they were “adherents of the forbidden organization. After the raids, a recognizance not to leave was taken from a 43-year-old resident of the village of Pavlovskaya. A criminal case has been launched against her under Part 1.1, Art. 282.2 (involvement in the activities of an organization recognized as extremist). The investigator labeled as crime the believer’s conversation about the “attractiveness of serving Jehovah” with a young man who turned out to be a special agent.”

Another Witness of Jehovah Was Sent to Jail. New Criminal Case Near the Chinese Border in the Town of Lesozavodsk
In the Primorye Territory, New Searches of Jehovah’s Witnesses. According to Preliminary Data, One Person Is Detained
Law Enforcement Authorities of Transbaikalia Broke a Sad Record: On February 10, Searches Were Conducted in 50 Homes of Believers
Transbaikalia Becomes the 54th Region of Russia Where Jehovah’s Witnesses Are Repressed. Searches in the City of Chita and Six Other Settlements
During Mass Searches in the Town of Pechora, 14 Witnesses Were Detained, including Women and the Elderly. Four Were Not Released Even After a Day