Khabarovsk Pliers: Electrician and Former Criminalist Are Under Trials for Faith Simultaneously in Two Courts 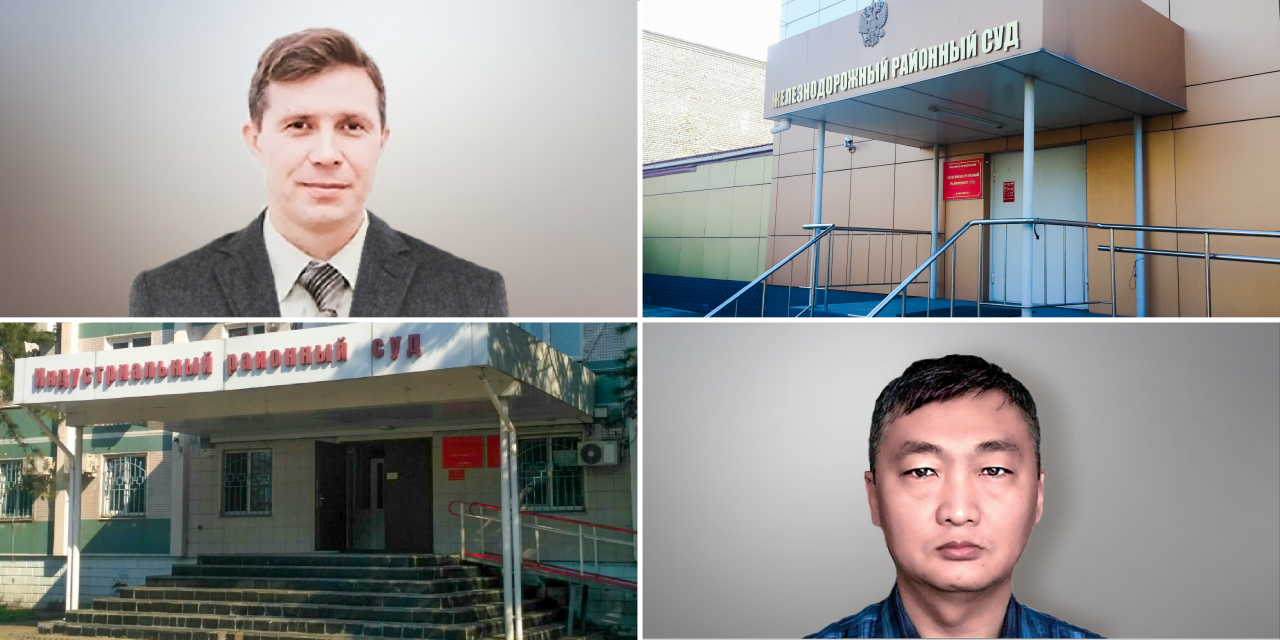 In Khabarovsk, the Investigative Committee and the FSB did not share the dubious laurels of victory over believers. Now, Stanislav Kim and Nikolay Polevodov are being simultaneously tried for similar religious actions both in the Industrial Court and Zheleznodorozhniy Court of Khabarovsk.

Upate. On December 5, believers Kim and Polevodov to defend themselves at the Industrial Court of Khabarovsk at 9:30, and at Zheleznodorozhniy at 14:00. They are judged for reading the Bible

Case of Polevodov and Kim in Khabarovsk

Case of Polevodov and Others in Khabarovsk

Region:
Khabarovsk Territory
Locality:
Khabarovsk
Case number:
11802080002000049
Number of the case in court:
1-18/2020 (1-553/2019)
Current stage:
trial in court of first instance
Suspected of:
according to the investigation they organised the activity of the religious organisation of Jehovah’s Witnesses in the city of Khabarovsk (with reference to the decision of the Russian Supreme Court on the liquidation of all 396 registered organisations of Jehovah’s Witnesses)
Article of the Russian Criminal Code:
282.2 (1), 282.2 (2), 282.1 (2), 282.1 (1)
Investigating:
Investigative Department of the Investigative Directorate of the Investigative Committee of Russia for the Khabarovsk Territory
Case initiated:
10 November 2018