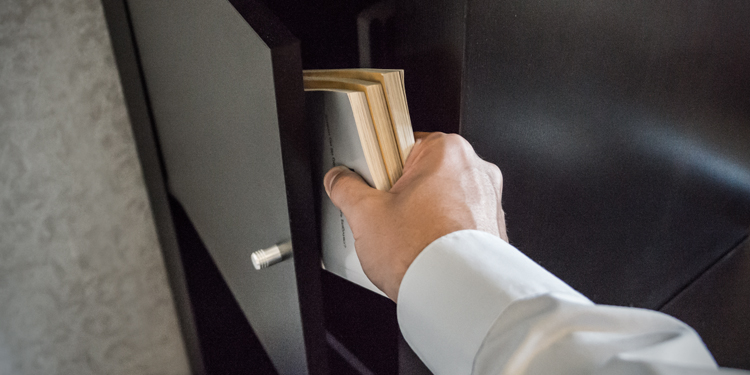 In April 2019, in the city of Novosibirsk and in the resort settlement of Inozemtsevo, Stavropol territory, law enforcement officers planted officially banned books in Witnesses' homes while conducting the search. The same tactic was often used by officials in 2016-2017, but since the Russian Supreme Court has ruled to ban and liquidate all of Jehovah’s Witnesses’ local religious organizations (LRO) in Russia, this practice almost stopped.

Case of Seredkin and Others in Novosibirsk

Region:
Novosibirsk Region
Locality:
Novosibirsk
Case number:
11907500001000015
Current stage:
preliminary investigation
Suspected of:
According to the investigation, he "organized meetings and led the reading and discussion of literature recognized as extremist” (with the reference to the decision of the Supreme Court of the Russian Federation on the liquidation of all 396 registered organizations of Jehovah's Witnesses)
Article of the Russian Criminal Code:
282.2 (1)
Investigating:
Investigative Department of the Directorate of the FSB of Russia for the Novosibirsk Region
Case initiated:
19 April 2019

Sunday Operation Against Witnesses in Murmansk. Investigative Committee Examining Prayers and Biblical Readings
In Georgiyevsk, Searches in the Homes of Believers. Planting and Interrogation of Believers Again
Believers arrested and banned literature planted in Kaluga
In Stavropol, Security Forces Planted Forbidden Literature on Believers During a Search. A Family Faces Criminal Prosecution
In the closed town of Zelenogorsk, one of Jehovah’s Witnesses spent a day in the isolation ward. Security officials asked to send him to jail, but the court refused