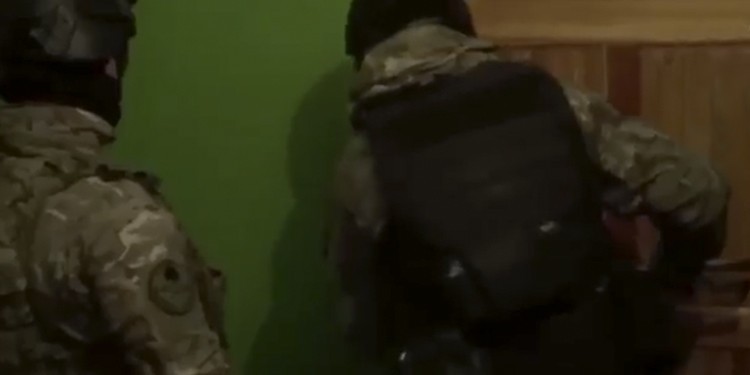 On March 26, 2019, in the town of Yemanzhelinsk (Chelyabinsk Region) at about 7 a.m., there was a soft knock at the door of the apartment where the couple Pavel and Elena Popov live. When they opened the door, they saw about 10 people in masks with assault weapons and a sledge hammer for breaking the door out.

The Popovs were informed that a search would be conducted in their home due to the fact that they profess the religion of Jehovah's Witnesses. Their computer, phones, tablets, family photos, books and international passports were confiscated. After the search, the pair was taken away for questioning in another city. According to law enforcement officers, whether they will be detained, “depends on how they will cooperate.” (Law enforcers across the country threaten believers to intimidate them into incriminating themselves or others by “confessing” that they are carrying out extremist activities.)

Earlier, after the Jan. 11, 2007, decision of the European Court of Human Rights (ECHR), the Russian Federation admitted that it had violated the rights of 150 deaf Jehovah's Witnesses of Chelyabinsk due to the disruption of their worship, and paid 30,000 euros for moral damages and 60,544 euros for legal costs. The ECHR ruling on this case, known as Kuznetsov and Others v. Russia, states: “It is undeniable that the collective study and discussion of religious texts by the members of the religious group of Jehovah's Witnesses was a recognized form of manifestation of their religion in worship and teaching.”

Case of Suvorova in Chelyabinsk

Sunday Operation Against Witnesses in Murmansk. Investigative Committee Examining Prayers and Biblical Readings
In the closed town of Zelenogorsk, one of Jehovah’s Witnesses spent a day in the isolation ward. Security officials asked to send him to jail, but the court refused
Mass Searches of Jehovah's Witnesses in Vologda. One Believer Sent to Jail, Another Placed Under House Arrest
Raids on Witnesses in the Capital of Karachay-Cherkessia. The 43-Year-Old Christian Shepherd Is Kept in the FSB for the Second Day
In Surgut, the Flame of Religious Persecution Has Not Abated. Two Believers Raided Again