Searches and Arrests for Faith in Crimea 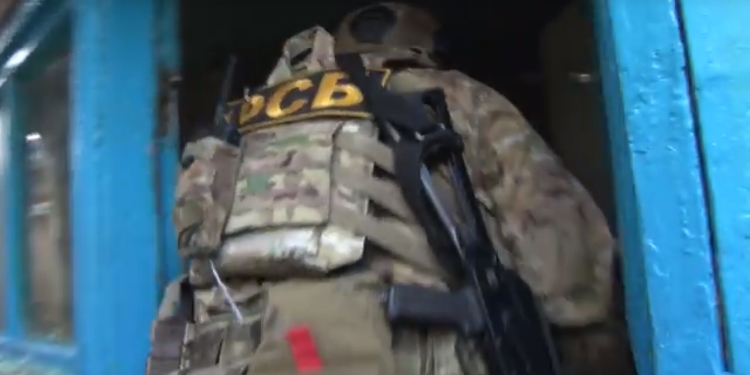 At least six homes of local Jehovah's Witnesses were searched by officers of the Federal Security Service (FSB) on March 20, 2019, in the Crimean towns of Yalta and Alupka. A criminal case has been initiated against believers, citing the article 282.2(1), “Organization of the activities of an extremist organization.” Several persons were detained for interrogation. 34-year-old Artyom Gerasimov was taken to the republican center city of Simferopol.

During the searches, computers and other electronic devices belonging to believers were seized, along with their Bibles. The case is led by FSB investigators A. Lavrov and S. Bosiyev.

Earlier, on November 15, 2018, a major operation against the Witnesses took place in Dzhankoy (Crimea).

Case of Gerasimov in Yalta

Region:
Crimea
Locality:
Yalta
Case number:
11907350001000041
Number of the case in court:
1-17/2020 (1-376/2019)
Current stage:
trial in appellate court
Suspected of:
according to the investigation, together with others he conducted religious services, which is interpreted as organising the activity of an extremist organisation (with reference to the decision of the Russian Supreme Court on the liquidation of all 396 registered organisations of Jehovah’s Witnesses)
Article of the Russian Criminal Code:
282.2 (1)
Investigating:
Investigative Department of the Directorate of the Federal Security Service (FSB) of Russia for the Republic of Crimea
Case initiated:
15 March 2019

In the closed town of Zelenogorsk, one of Jehovah’s Witnesses spent a day in the isolation ward. Security officials asked to send him to jail, but the court refused
Mass Searches of Jehovah's Witnesses in Vologda. One Believer Sent to Jail, Another Placed Under House Arrest
Raids on Witnesses in the Capital of Karachay-Cherkessia. The 43-Year-Old Christian Shepherd Is Kept in the FSB for the Second Day
Moscow City Court Will Review the House Arrest of Three Witnesses. Dramatic Details of Raids in Chekhov, Near Moscow
In Kursk, Two Men and One Woman Jailed for Their Faith