Near Surgut, New Searches in the Houses of Worshippers 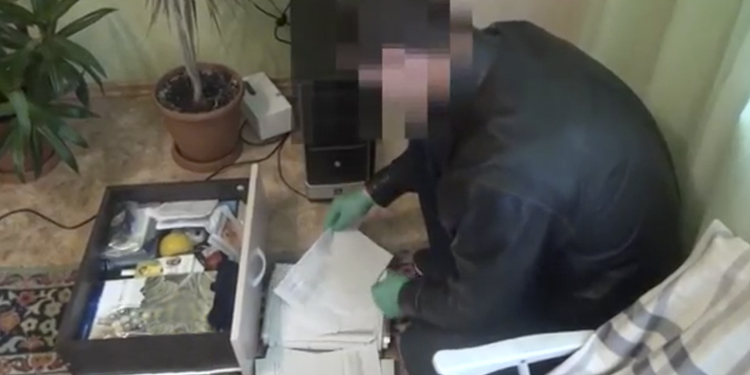 Russian officials' efforts to curtail religious freedom continued on February 28, 2019, in the cities of Nefteyugansk and Pyt-Yakh (Khanty-Mansi Autonomous Area - Yugra), located near Surgut, as searches were held in the homes of citizens suspected of practicing the religion of Jehovah's Witnesses. A 37-year-old Aleksander Nikanorov, the father of a 7-month-old baby, was detained in Pyt-Yakh, but he was released after interrogation.

Region:
Khanty-Mansi Autonomous Area
Locality:
Surgut
Case number:
11902711017027628
Current stage:
preliminary investigation
Suspected of:
delivering speeches, engaging in the Witnesses' public preaching activity with local members, meeting with Bible education volunteers and appointed congregation assistants, and having as one objective the organizing of appointed men in the Vzlyotnove Congregation
Investigating:
Investigative Department of the city of Surgut of the Investigative Directorate of the Investigative Committee of the Russian Federation for the Khanty-Mansi Region
Case initiated:
11 February 2019

Sunday Operation Against Witnesses in Murmansk. Investigative Committee Examining Prayers and Biblical Readings
In the closed town of Zelenogorsk, one of Jehovah’s Witnesses spent a day in the isolation ward. Security officials asked to send him to jail, but the court refused
Mass Searches of Jehovah's Witnesses in Vologda. One Believer Sent to Jail, Another Placed Under House Arrest
Raids on Witnesses in the Capital of Karachay-Cherkessia. The 43-Year-Old Christian Shepherd Is Kept in the FSB for the Second Day
In Surgut, the Flame of Religious Persecution Has Not Abated. Two Believers Raided Again