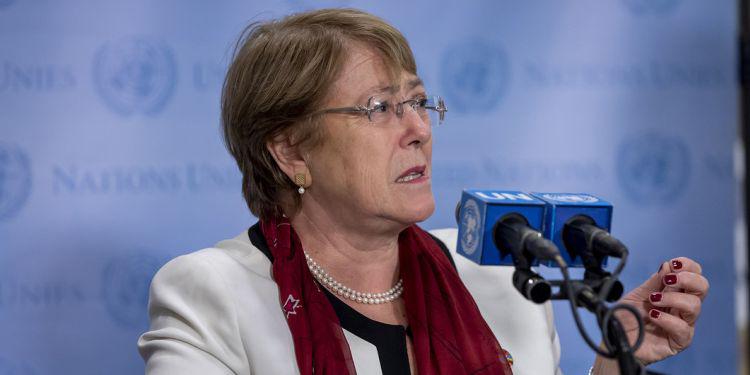 On February 7, 2019, the Office of the United Nations High Commissioner for Human Rights issued a statement urging Russia to drop all charges against Jehovah's Witnesses.

“The harsh sentence imposed on Christensen creates a dangerous precedent, and effectively criminalizes the right to freedom of religion or belief for Jehovah’s Witnesses in Russia. . . . We urge the Government of Russia to revise the Federal Law on Combating Extremist Activity with a view to clarifying the vague and open-ended definition of ‘extremist activity’, and ensuring that the definition requires an element of violence or hatred. We also call on the authorities to drop charges against and to release all those detained for exercising their rights to freedom of religion or belief, the freedom of opinion and expression, and the right to freedom of peaceful assembly and association.”

In recent years, various UN human rights bodies, including the UN Human Rights Committee and a number of UN Special Rapporteurs, have raised similar concerns and called on Russia to abolish lists of extremist materials.