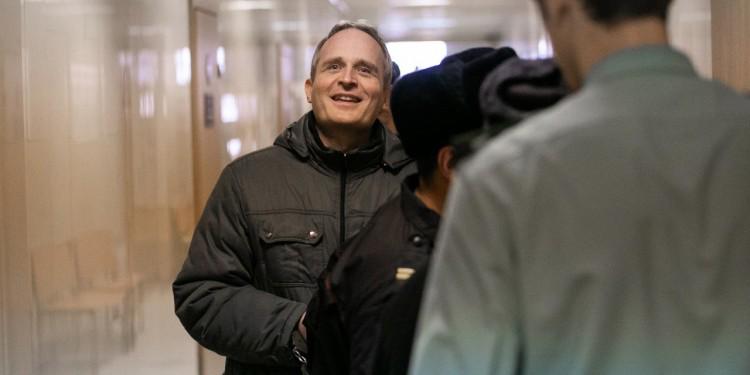 Why the conviction of Christensen is wrong. Because it contradicts the legal position of the Russian government, presented to the ECHR: “The Government emphasizes that the judgment of the Supreme Court of the Russian Federation of 20 April 2017 and the appeal ruling of the Board of Appeals of the Supreme Court of the Russian Federation of 17 July 2017 set out no assessment of the religious denomination of Jehovah’s Witnesses or limitation or prohibition to individually manifest the aforementioned denominations.” The explanation of the Russian government in the UN Human Rights Committee is as follows: “The court decision [of Supreme Court of the Russian Federation] does not restrict the right of citizens to freedom of religion. The members of the dissolved organization are still able to practice their faith independently provided that it does not involve distributing literature with extremist content or otherwise engaging in illegal activities.” The mistake of the court lies in the fact that the court interpreted the usual, legitimate activities of Dennis Christensen as “the organization of the activities of an extremist organization."

Why the decisions of the Supreme Court on the liquidation of religious organizations are illegal. Because they are based on falsified “evidence,” which the Supreme Court accepted ‘as they are’. In 2015–2016, in several regions of Russia, there took place an epidemic of planting banned texts in the worship houses of Jehovah's Witnesses, which was often recorded on surveillance cameras. Lower-level courts waved off protests from believers, imposed fines on LRO's, but subsequently the Supreme Court of the Russian Federation gave those decisions a prejudicial force and formally liquidated all organizations of Jehovah's Witnesses. This led to the seizure of hundreds of worship houses having a total value of over 6 billion rubles (79,215,679 euro), as well as criminal cases and the imprisonment of dozens of people.

Why court judgments recognizing Jehovah’s Witnesses' Christian books “extremist” are unjust. Since 2009, in the Federal List of Extremist Materials (FLEM) books have been included for the most innocuous statements, for example: “People worship many things. But the Bible tells us that there is only one true God. He created everything in heaven and on earth. . . . Not all beliefs and customs are bad. But God does not approve of them if they come from false religion or are against Bible teachings.” The reasons for the unjustified decisions are the vague definition of “extremism” in the law and the apparent incompetence or bias of judges and experts who considered “extremism” the faith of Jehovah's Witnesses to the truth of their religious choice.

“The inclusion of the books of Jehovah's Witnesses in the FLEM is the only reason for extremist accusations against our fellow worshipers in Russia,” says Yaroslav Sivulsky of the European Association of Jehovah's Witnesses. “This led to the irreplaceable suffering of thousands of people, whose entire fault is their faith. They hope that the Russian authorities will find the courage to correct the mistakes and restore the rights of innocent people.”