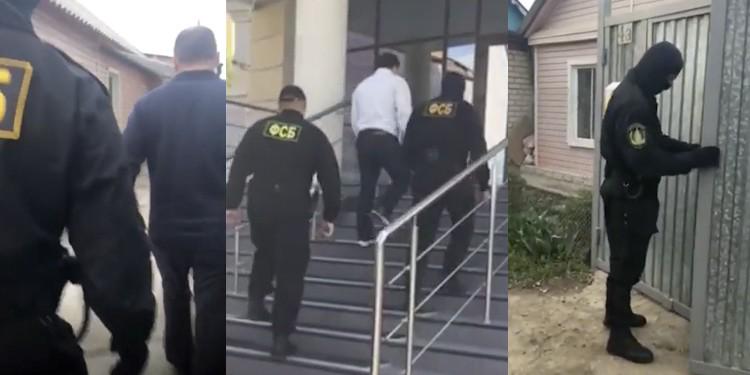 On January 27, 2019, Yevgeniy Spirin, a 32-year-old resident of the town of Furmanov, in the Ivanovo Region, was detained by FSB officers after they conducted searches in the homes of citizens suspected of practicing the religion of Jehovah's Witnesses. Yevgeniy Spirin is being charged under article 282.2 (1) of the Criminal Code for allegedly ‘organizing extremist activity.’ Information on the number of detainees and the number of searches is still being specified.

This is the second criminal case against Jehovah's Witnesses in the Ivanovo region. The first case in Shuya was initiated by the Investigative Committee against Dmitriy Mikhailov, his wife Yelena Mikhailova, and three others under articles 282.2 (2) and 282.3 (1) of the Criminal Code. Dmitriy Mikhailov spent 171 days in pretrial detention, but was later released on the condition that he sign a recognisance agreement.

Case of Spirin in Furmanov

Регион:
Ivanovo Region
Населенный пункт:
Furmanov
Номер уголовного дела:
11907240001000003
Текущая стадия дела:
приговор вступил в силу
В чем подозревается:
according to the investigation, together with others he conducted religious services, which is interpreted as organising the activity of an extremist organisation (with reference to the decision of the Russian Supreme Court on the liquidation of all 396 registered organisations of Jehovah’s Witnesses)
Расследует:
Investigative Department of the Directorate of the Federal Security Service (FSB) of Russia for the Ivanovo Region
Возбуждено:
21 January 2019