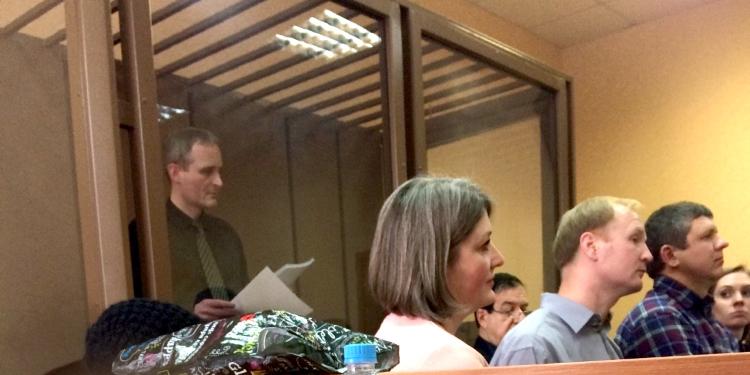 Dennis Christensen confirmed that he practices the religion of Jehovah’s Witnesses. He analysed the motives imputed to him by the investigation, pointed out inconsistencies in the charges, exposed the secret witness for the prosecution and said that he was innocent.

His religion and motive. “It is true that I am an elder”, he admitted to the court. He denied, however, the accusation that he is the “organiser” of the religious services. Christian meetings are an expression of Christian love on the part of everyone who attends.

Has belief in Jehovah been banned? Christensen read an excerpt from the Russian Supreme Court decision: “The rights of participants in the LRO of Jehovah’s Witnesses “Oryol” to freedom of worship will not be violated, because they are not deprived of the ability to observe and manifest religious acts not involving the distribution of extremist religious literature.” Then Christensen asked: “If the Supreme Court says it is lawful for believers, including former members of the LRO to carry out and practice religious acts, why am I charged as if these actions are unlawful in my case?”

Secret recordings of telephone conversations. “The FSB was secretly listening for nine months”, said Christensen, “and I had no idea they were doing this. Throughout that time I did not once attack anyone’s reputation or encourage genocide, persecution, breakup of families, violence or anything else of which I am accused. … The phrase ‘local religious organisation’ was not even mentioned in any of my telephone conversations.”

Secret witness exposed. “His real name is Oleg Kurdyumov. He is a professor at Oryol State University”, said Dennis Christensen. “Kudryumov was commissioned by the FSB to use a hidden camera to record religious services, then, also at the request of the FSB, made an audio recording of our conversations. Since the audio and video recordings he obtained did not contain any information indicating that I had committed a crime, Kudryumov decided to supplement them with his own imagination, giving testimony under a pseudonym. I feel such conduct is unbecoming of a university professor.”

“Honourable court, I would like to emphasize that unlike the prosecution, I never considered these peaceful religious services to be a continuation of the activity of the liquidated LRO”, Christensen concluded, “I never had any intention of committing a crime”.